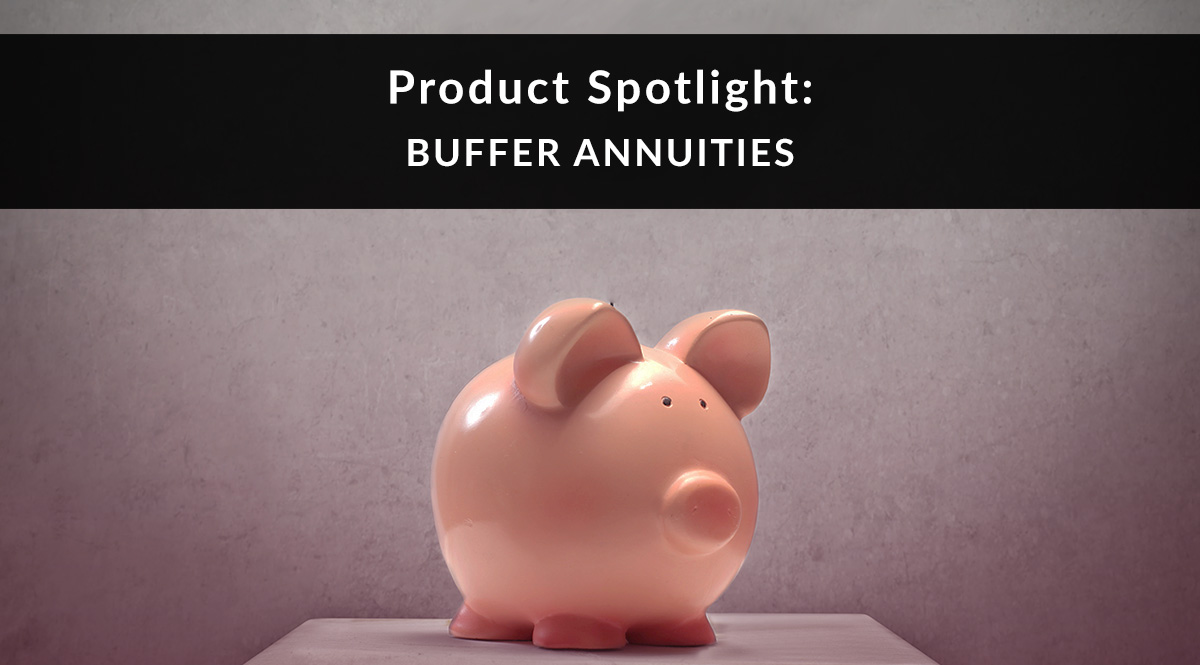 We don’t usually talk about annuities on this blog, but there’s a hot topic to cover: buffer annuities. These annuities offer consumers more of what they want (upside gains) and less of what they don’t (downside risk). Is this the win/win consumers and insurers have been looking for?

Now let’s look at what buffer annuities are, and their pros and cons.

What Are Buffer Annuities?

Buffer annuities are also called variable indexed annuities, giving a good indication of what they are: a cross between a variable annuity and an indexed annuity. Here's a quick rundown of the differences between them:

Let’s look at a quick example to illustrate the potential here.

67% of people surveyed want new investment choices that balance growth with some level of protection.

What Are The Pros?

For many consumers, the extra earning potential is worth a little downside risk. In an up market, that extra 2-3% could represent big gains. Compare that to a fixed annuity, where persistently low interest rates keep gains consistent but minimal.

That’s one key point to keep in mind regarding this type of annuity. It’s focused on the potential for gains, not on income. This is not the right product for someone looking for instant income from a SPIA, for example.

What Are The Cons?

Let’s start with the obvious—consumers could lose some of their principal during a market downturn.

Secondly, if you Google “buffer annuities,” you’ll see a few headlines about consumer complaints. The bulk of these articles relate to variable annuity sales in general, however. Some date back to the early 2000s, before buffer annuities were invented.

So what’s the problem? Not all consumers understand the potential risks with variable annuities, including surrender charges, management fees, and the risk they may face during a market downturn. In other words, it doesn’t look like the problem is with buffer annuities in particular. It’s with the potential lack of education among agents and consumers about the product.

Also, until very recently, no one knew whether the DOL fiduciary rule would take effect. In 2017, while the rule was in limbo, variable annuity sales fell 9%, likely due to uncertainty about how they’d be treated if the rule stuck. Indexed annuities took a similar hit. But the DOL fiduciary rule has since been shelved…at least for now. The rule didn’t seem to affect the sale of buffer annuities, however. According to InsuranceNewsNet.com, buffer annuity sales rose 25% to $9.2 billion in 2017.

Where Does That Leave Us?

Should you be reading up on buffer annuities…or talking about them with your clients? That’s up to you, and how comfortable you are with explaining them. If you already sell annuities, it’s probably worth checking out carrier documentation and seeing if they make sense to add to your product repertoire.

Here are a few of the carriers offering buffer annuities:

That’s our look at buffer annuities!

What do you think about this new product type? Tell us in the comments!