Our management team, brokerage directors, and underwriting team are regular contributors to industry publications, thanks to their years of experience and in-depth knowledge. Check out our collection of interviews and press clips below.

Dave Cranfield supported the new SECURE Act via an editorial published in the Columbus Dispatch. Dave is actively involved in NAIFA (National Association of Insurance and Financial Advisors), where he serves on the Ohio State board and on the National Board as part of the Political Action Committee. Click here to read the editorial.

Ryan Pinney was interviewed for an article in the Summer 2019 issue of NAILBA Perspectives, "Harnessing Tech to Enhance Your Marketing: Advice from Those Who Are Getting it Done." Click here to read the article - it starts on page 32.

Katie Cumalat was interviewed for the Assurity podcast, Tips from the Insurance Pros. Check her out in episode 3, available here on iTunes and here on Spotify.

Ryan Pinney was featured in the article titled "Facing the Harsh Truths" by Susan Rupe on InsuranceNewsNet.com.

Ryan Pinney was mentioned as a trustee of NAIFA in a Digital Advisor Today article on the 2018 Performance + Purpose Conference titled "NAIFA’s P+P: A Wealth of Ideas for a Lifetime of Success", as well as in "NAIFA Elects Officers And Trustees At P+P 2018" on the NAIFA website.

Ryan Pinney spoke at the 2018 NAIFA Performance + Purpose annual meeting in San Antonio, Texas. His session title was "7 Harsh Truths That Will Make You a Better Agent."

Jan Pinney spoke to iPipeline at Connections, their User Conference. Jan and other industry leaders are in this video titled "Voice of the Customer Interviews, part 1."

Jan Pinney was featured in the article "Pinney to Lead Life Direct Marketing Group" on ThinkAdvisor.

Ryan Pinney was featured in an article titled "Is communication costing you clients?" in the January/February 2017 issue of MDRT's Round the Table magazine.

Mike Woods was quoted in "Ultimate Guide to Marijuana Use and Insurance" on HuffingtonPost.com.

Mike Woods was quoted in "Is Your Marijuana Covered By Your Insurance?" on TheStreet.com.

Jan Pinney was quoted in the article titled "The BGA Business Model in 2017 and Beyond" by William J. Shelow for ThinkAdvisor.com.

Jan Pinney was featured in the article titled "In Whom We Trust" in Comstock's magazine in 2016.

Ryan Pinney was featured in a video for MDRT's Resource Zone titled "Is communication costing you clients? Inside high-performing offices."

Renee Williams was recognized by Women in Insurance & Financial Services (WIFS) for her achievement during their 2016 National Conference in Chicago, Illinois. Renee was honored with the Topaz Circle of Excellence. 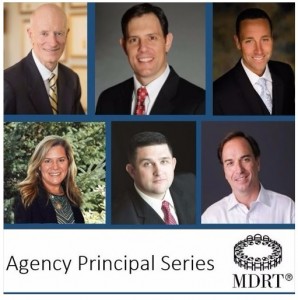 Episode 2: Today's Landscape and Its Impact on Agent Productivity

Episode 5: Differentiating Your Agency to Attract the Right Advisors

Ryan Pinney was quoted in an article titled "Advisors Yet to Realize the Power of Technology" for InsuranceNewsNet.com.

Ryan Pinney was featured on Australia's Financialobserver.com.au in an article called "Consistent Engagement Can Maximise Sales."

Ryan Pinney was featured in "MDRT 2016 Down Under Tour Roadshow Wrap" on Australia's Riskinfo eMagazine.

Ryan Pinney was quoted in an article titled "My Golden Rules for Prospecting" in the January/February 2016 issue of Advisor Today.

Pinney keeps track of prospecting, marketing and client communication with an insurance-specific client relationship management (CRM) system. Beyond managing contacts and automating tasks, it can target specific audiences within your book of business.

Ryan Pinney was named one of 4 Under Forty for NAIFA's Advisor Today magazine (September/October issue).

Ryan Pinney was profiled in "BGAs Seek to Expand Distribution by Selling Direct, Using Call Centers as 'Laboratories' (& More from NAILBA 34)" on Insurance-Forums.net.

Ryan Pinney participated in a panel discussion at NAILBA 34, covered in the articles "4 of the Biggest Challenges Facing the Insurance Industry (and How to Overcome Them)" and "On the Cutting Edge at NAILBA 34: 4 Case Studies in Innovation" on LifeHealthPro.com.

Pinney Insurance was featured in an article for The Succession Initiative, "The Smart Way to Launch a Career in Insurance," on LifeHealthPro.com.

That future-focused brokerage, Pinney Insurance Center Inc., is a national distributor with thousands of agents, roughly 60 carriers and a focus on digitally automated tech.

Mike Woods, our underwriter, was quoted in a Bankrate.com article, "6 Steps to Ace Your Life Insurance Exam."

Ryan Pinney was profiled in "How Agents Are Making It Big On The Internet" on InsuranceNewsNet.com, talking about winning (and losing) strategies in insurance marketing.

Ryan Pinney was a guest on episode 40 of the ShiftShapers podcast, "Shorten Your Sales Cycles for Maximum Productivity."

Ryan Pinney was named one of the 24 Most Creative People in Insurance by LifeHealthPro.com.

Jan Pinney was a guest on the Sell Term Life podcast in an episode titled "Jan Pinney on Being Referable and His Formula for Success."

Ryan Pinney was featured in "How to Embrace a Changing World and Create New Opportunities" on Australia's Riskinfo eMagazine.

Ryan Pinney spoke to Australia's Riskinfo eMagazine at MDRT's 2014 annual meeting for an article titled "How to Embrace a Changing World and Create New Opportunities."

Mike Woods, our underwriter, was quote in a Fox Business article, "Will e-Cigarettes Puff Up Your Insurance Rates?"

Ryan Pinney was interviewed for "Harnessing the Power of Digital Marketing: Using Non-Traditional Tools to Sell a Traditional Product" on Insurance-Forums.net.

There’s little doubt that Pinney Insurance is one of the industry leaders in digital marketing...

Ryan Pinney contributed to a producer roundtable discussion on the future of our industry titled "Tablets and e-Signatures: The Future of Life Insurance Sales?" for LifeHealthPro.com.

I’ve never seen a life insurance application I liked until I saw Pinney’s 1 page app through EZLifeSales.com...Pinney is always pushing the envelope with technology.

Ryan Pinney contributed to a producer roundtable discussion on social media titled "To Tweet, or Not to Tweet?" for LifeHealthPro.com.

Ryan Pinney contributed to a producer roundtable discussion on technology in the life insurance industry titled "Technology for Beginners" for LifeHealthPro.com.

Nickelle Leist was named one of EBA's 2013 Rising Stars in Advising for her leadership and sense of what it takes to grow and thrive in the current market environment.

Ryan Pinney had his blog post republished on Producers eSource. The article originally appeared here, titled "2 Steps on How to Become a 21st Century Producer."

Ryan Pinney was quoted in an article titled "ePolicy Delivery: Is the Industry Ready?" in the July/August issue of Perspectives: Brokerage Industry Insights.

Ryan Pinney delivered a presentation titled "How to Build Your Business Using the Power of Technology" at the NAIFA Illinois 2012 Young Advisors Conference.

Ryan Pinney delivered a presentation titled "How to Be a 21st Century Producer" at the MDRT Top of the Table 2012 Annual Meeting.

Pinney Insurance Center was featured in an article titled "Multi-Generational Agencies...Focusing On Each Other's Strengths And Contributions To The Team!" in the November 2012 issue of Broker World.

Ryan Pinney wrote an article titled "Don't Blow it with Social Media" for the MDRT Insights column in the November issue of InsuranceNewsNet Magazine.

The Pinney Executive Team Is Available for Interviews and Select Appearances.

If you have a story about insurance, technology, marketing, or all of the above, we welcome requests for a quote or sound bite! Please direct all press inquiries to marketing(at)pinneyinsurance.com.

Are You a Life Insurance Agent? We'd Love to Have You On Our Team!

Find out why agents across the country turn to Pinney Insurance for the tools and tech to grow their businesses.